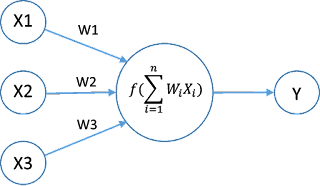 This also has a geometric interpretation.

You can create a linear associative memory to provide scalar value responses to pattern vectors <pattern, response> by performing a dot product between the pattern vector and some adjustable weight vector.

Statistical properties of the dot product.

If a single <pattern,response> item is stored in a dot product and all the elements of the weight vector happen to be about equal in magnitude then there is quite a strong error correction effect, in fact in that case the central limit theorem applies. 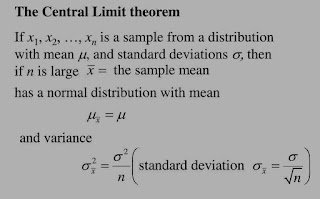 If 2 <pattern,response> items are stored the magnitude of the weight vector must increase.  This also multiples up the noise at the output of the dot product   to c/sqr(n) where c>1 for noisy inputs.  At some stage as more items are stored c=sqr(n) and the noise reduction effect ceases.

In general then for an under capacity linear associative memory you will get some noise reduction (error correction.)  At capacity you will get perfect recall but no noise reduction.  Over capacity you will get imperfect recall with fixed errors drawn from the Gaussian distribution.  The capacity for nicely distributed pattern vectors is around the dimension of the dot product, more skewed patterns may need pre-processing to get full capacity.
A final point is that any input pattern vector that is at a small angular distance to the weight vector is a super-normal stimuli that is likely to produce a super-normal response if more that 1 <pattern,response> item has been stored.

The dot product as a linear associative memory prefers patterns spread out over all the elements of the pattern vector for noise reduction (cf. The variance equation for linear combinations of random variables.)  There are also certain patterns that linear systems cannot distinguish between (linear separation issues.)
To deal with the first issue you can use some sort of vector to vector scrambling system prior to the dot product.
To deal with the second issue you can include nonlinear behavior prior to the dot product. A binary threshold function with bipolar (+1,-1) output is suitable and makes training the associative memory easy.
Eg.  https://github.com/S6Regen/Associative-Memory

The next component of an artificial neuron is the nonlinear activation function.
The most enlightening choice is the Rectified Linear Unit (ReLU.)

Since ReLU neural networks are just switched systems of dot products you may consider incorporating efficient dot product algorithms such as the FFT or the Walsh Hadamard transform (WHT) into such networks or in fact constructing networks based entirely on them.

The n weighted sums in a conventional neural network layer of width n also require n*n fused multiply adds.  Which is rather costly.

The ReLU function is not parameterized, there is nothing adjustable about it. However if you allow such a thing then the individually adjustable switch slope at zero function f(x)=a.x  x>=0, f(x)=b.x  x<0 is quite similar to ReLU and also dot product compatible.
Combining that with the WHT then one possible neural network architecture is:
https://discourse.processing.org/t/fixed-filter-bank-neural-networks/13424

A condensed discussion (hint sheet) about the WHT is here:
https://github.com/FALCONN-LIB/FFHT/issues/26